Welcome to the 4.0 Portal Quest update! This update features magic and gold! Now that Our Heroes have begrudgingly decided to help Brogue Rowman with his side quest, they travel to Elemental Land in search of four weirdly specific and odd items. As Our Heroes battle their way through the elements, they begin to ask themselves the age old question – is this really worth it? 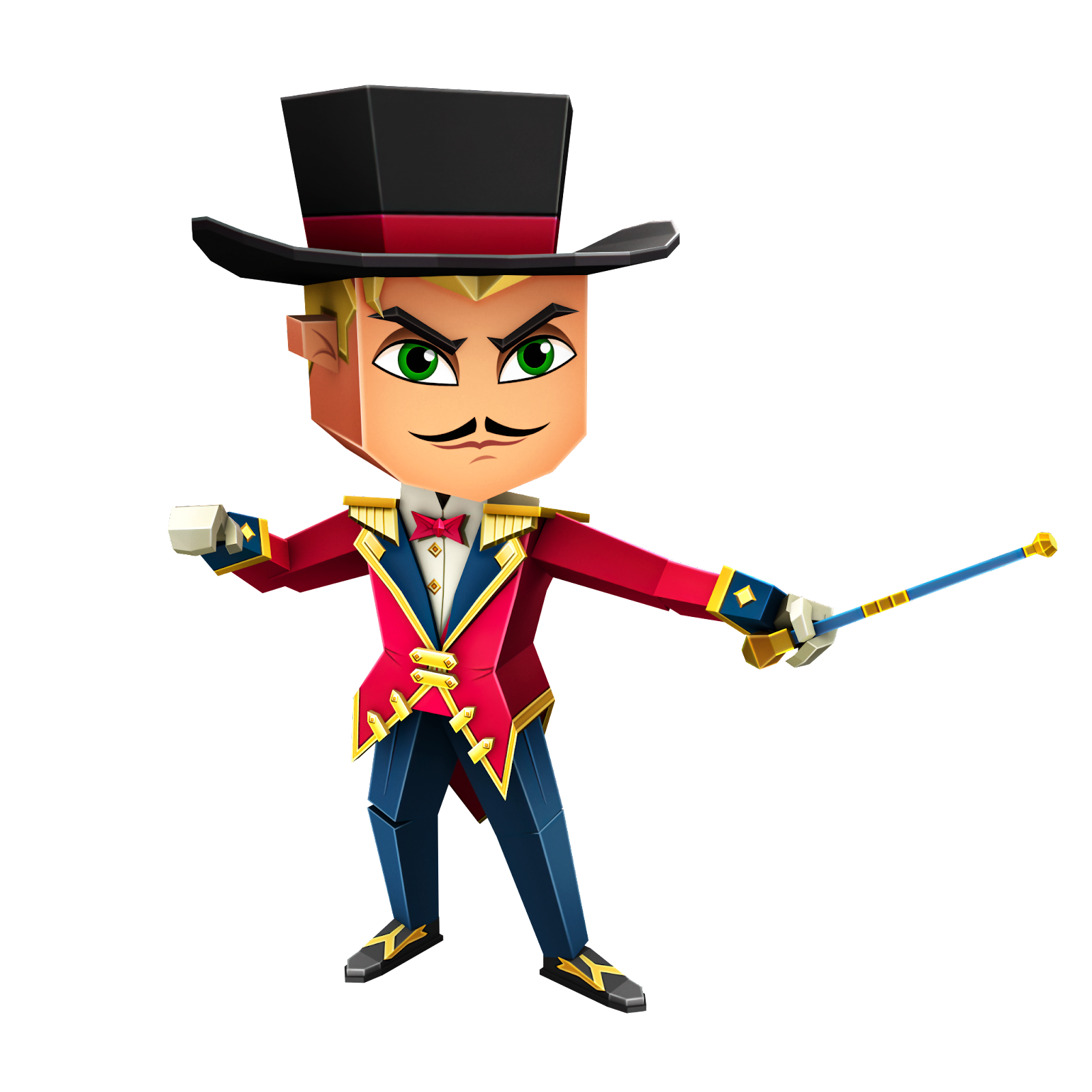 Come and see the world-famous Marvelous Magnus! His death-defying tricks will tantalize you. His mastery over magic will stupefy you. His charm and wit…could still use some work.

Marvelous Magnus is a Back-Line Support Focus Hero who will be gold chests on server 1.

Illusion Of The Mind
Marvelous Magnus performs a trick for the enemy with the highest Attack, this deals damage and Possesses them for a time. Magnus heals himself for a percentage of the damage dealt from this skill.

Sleight Of Hand
Marvelous Magnus makes a percent of his Current Health disappear, in exchange he gains energy and heals his ally missing the most health for a percent of their Max Health. The ally’s next basic attack deals bonus damage. Magnus cannot heal himself with this skill.

Finesse Friend
At the beginning of battle, grants all Finesse allies Health and Attack. 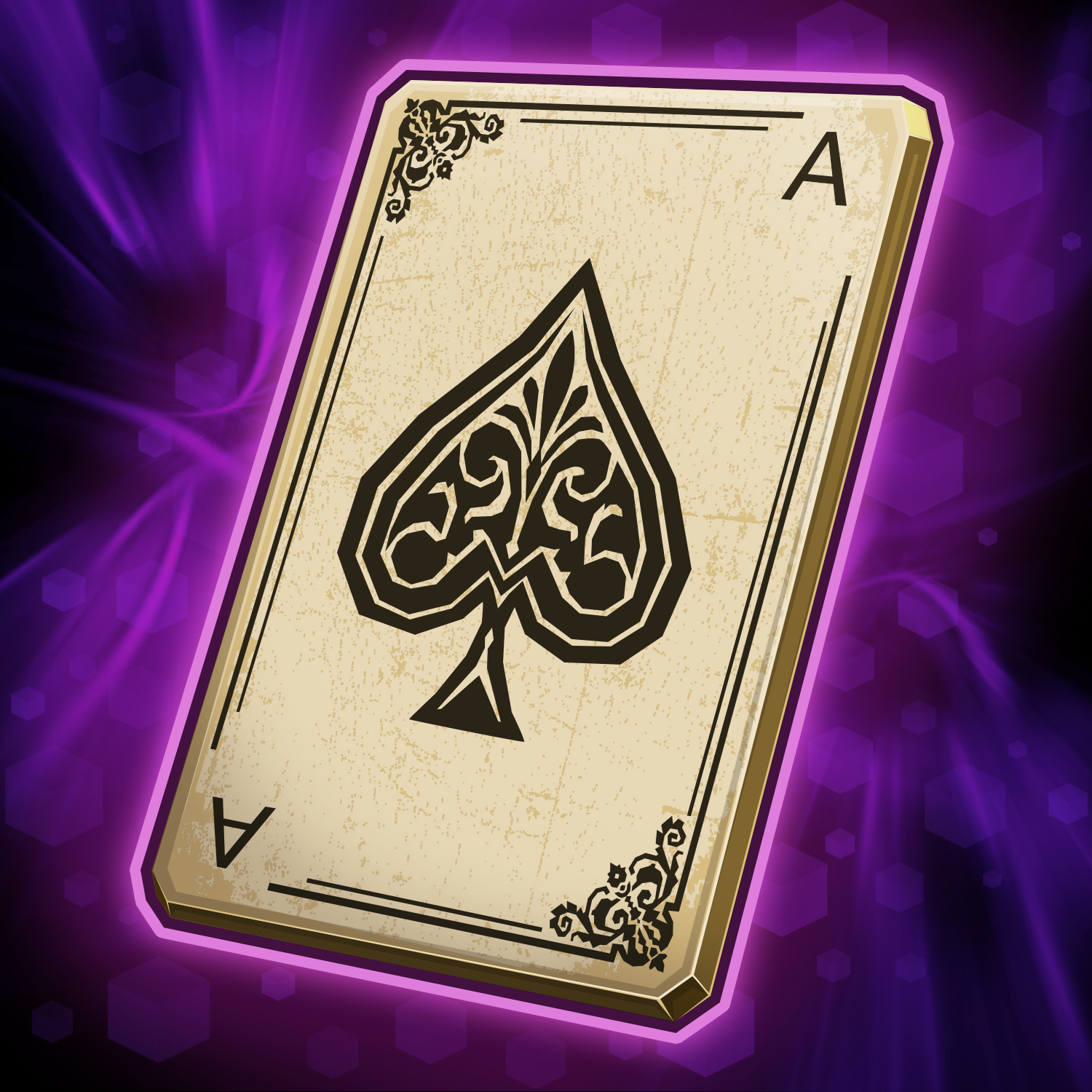 Ace of Fortune
The Marvelous Magnus always keeps this lucky card in his pocket. It’s gotten him out of more scrapes than he cares to admit.

If Magnus’s ally is Cursed while Sleight of Hand is cast, the ally will become Invulnerable for a time. The ally’s first Basic Attack after the skill deals additional bonus damage.

Over a year ago we saw Red Rarity bring Honor Classes to the Heroes of Ember. It was amazing to see how the addition of these new skills changed the way players approached combat. We’re excited to announce that Gold Rarity will continue where Red left off and offer players even more ways to customize their favorite Hero lineups.

Once you promote a Hero to Gold Rarity you will unlock the ability to power up your second Honor Class. From this point on you’ll be able to level up and toggle between Honor Class skills as you see fit.

Some notes about toggling Honor Classes: 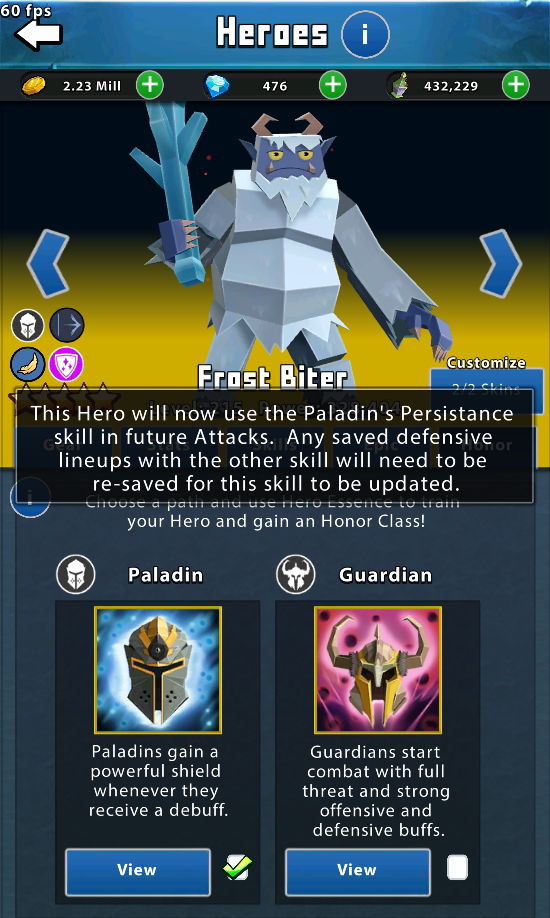 We’ve also made a few adjustments to the less popular Honor Classes to give them a little more power. These classes have always been a little more niche but we want to make sure that they feel viable in the roles that they are meant to fill. These changes will take effect for all Honor Classes once the 4.0 update is live:

Note: Any Heroes that move out of the Chests have been placed in the Elite Campaign.

This update is currently planned for Wednesday, February 5.

Looking forward to the patch!

I couldn’t find any mention of the IOS GFX issue, showing up, when using Font Scale: Normal.

Does this mean that it hasn’t been fixed, or will I (we) get a surprise?

When will the other server level caps raise?

@CPR That is an issue that the team is still working to track down. It isn’t consistent across devices, so finding the cause it proving to be a challenge. We will call it out when it’s fixed!

@Polaris I guess you know that it, at least on my iPad Mini with iPadOS 13.3, only appears when using Font Scale: Normal.

When using Small or Large, everything looks fine, just either very small or very large…

Yes, I do see that detail in the investigation ticket, but thank you - more details are usually helpful when trying to track down bugs!

what’s wrong with an s&m collar?

I never claimed that there was anything wrong with it.

4 AM CST? Is there announcement somewhere from PB in advance?

It will be a client side update needed.

So more likely 11am CST.
With an hour’s downtime

So update will be at 11am ct

Update is scheduled for 11AM CT.

Thanks for the update. I really wish they figure out how to make it easier for us to sell multiple scraps…

For selling scraps there is already an option to sell one, all and a slider with a - + to get your values dialed in

Is the update done yet?

Can you get in?