Welcome to the 4.2 Portal Quest update! This update features revamped Daily Sign-In Rewards, a new Chapter and Rarity, and our 100th Hero!

Chapter 38: A Storm (Wizard) Is Coming After receiving a distress signal, Our Heroes travel to Barbary University, an underwater academy on the back of a stingray. There they meet up with Storm Wizard’s old college buddy and learn that Stormy used to be smart, popular, and a…heartbreaker. Stunned by this news, Our Heroes set off to discover what happened to their friend to make him the bumbling wizard he is today. 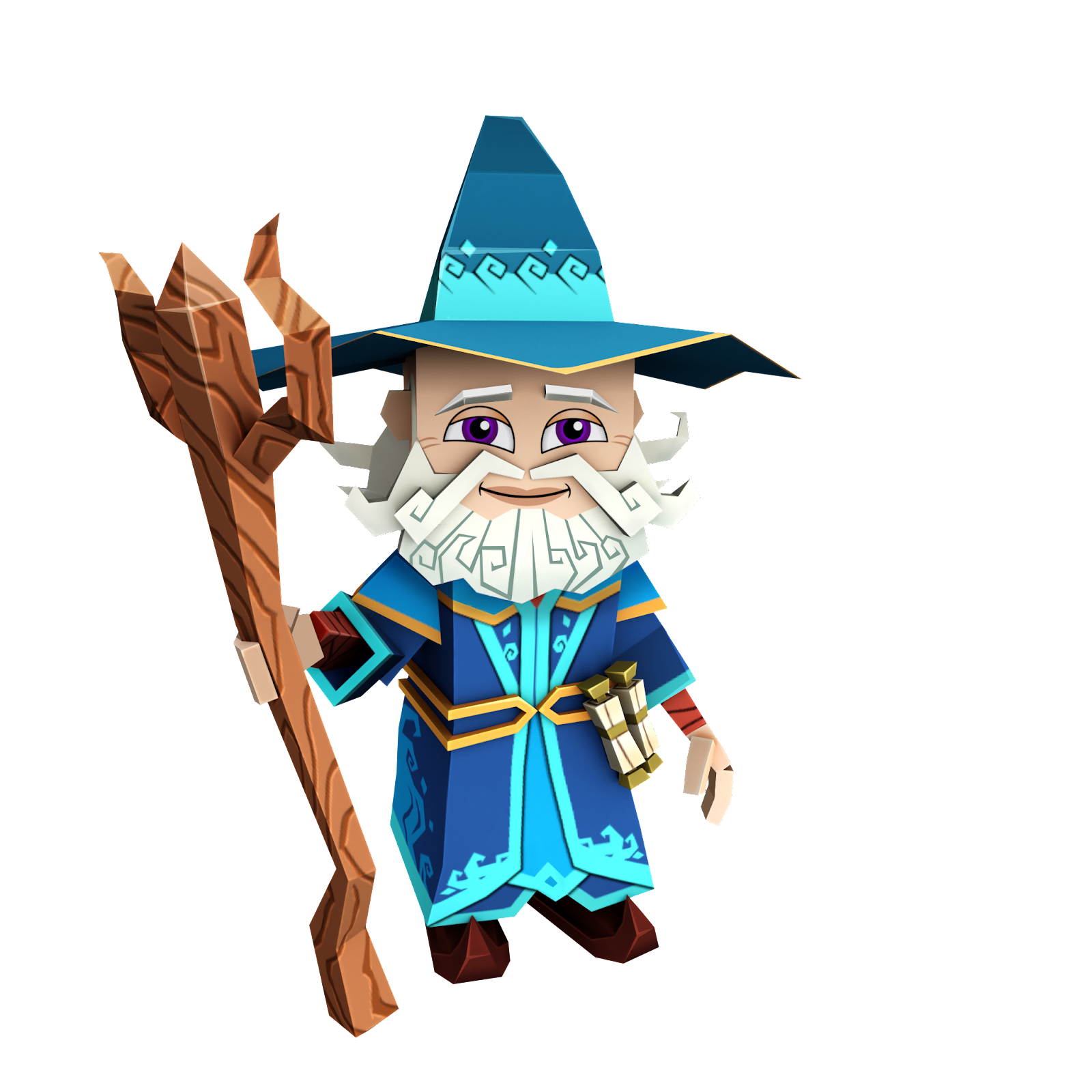 A proud alum and professor at Barbary University, Aquamancer is always voted: teacher most likely to forget what they’re talking about halfway through their lecture and will instead regale you with stories of their misspent youth.

Aquamancer is a Back-Line Support Fury Hero who will only be available in gold chests on server 1.

Aquamancer calls upon the Tide to aid all allies in combat. All allies are healed for a percent of their Max Health twice a second for a time.

Heals self and allies Health at the end of a wave.

Aquamancer summons The Tide’s Blessing and places a single mark of it on the ally missing the most Health.

Resists being Stunned,Slowed,Immobilized, and being put to Sleep. 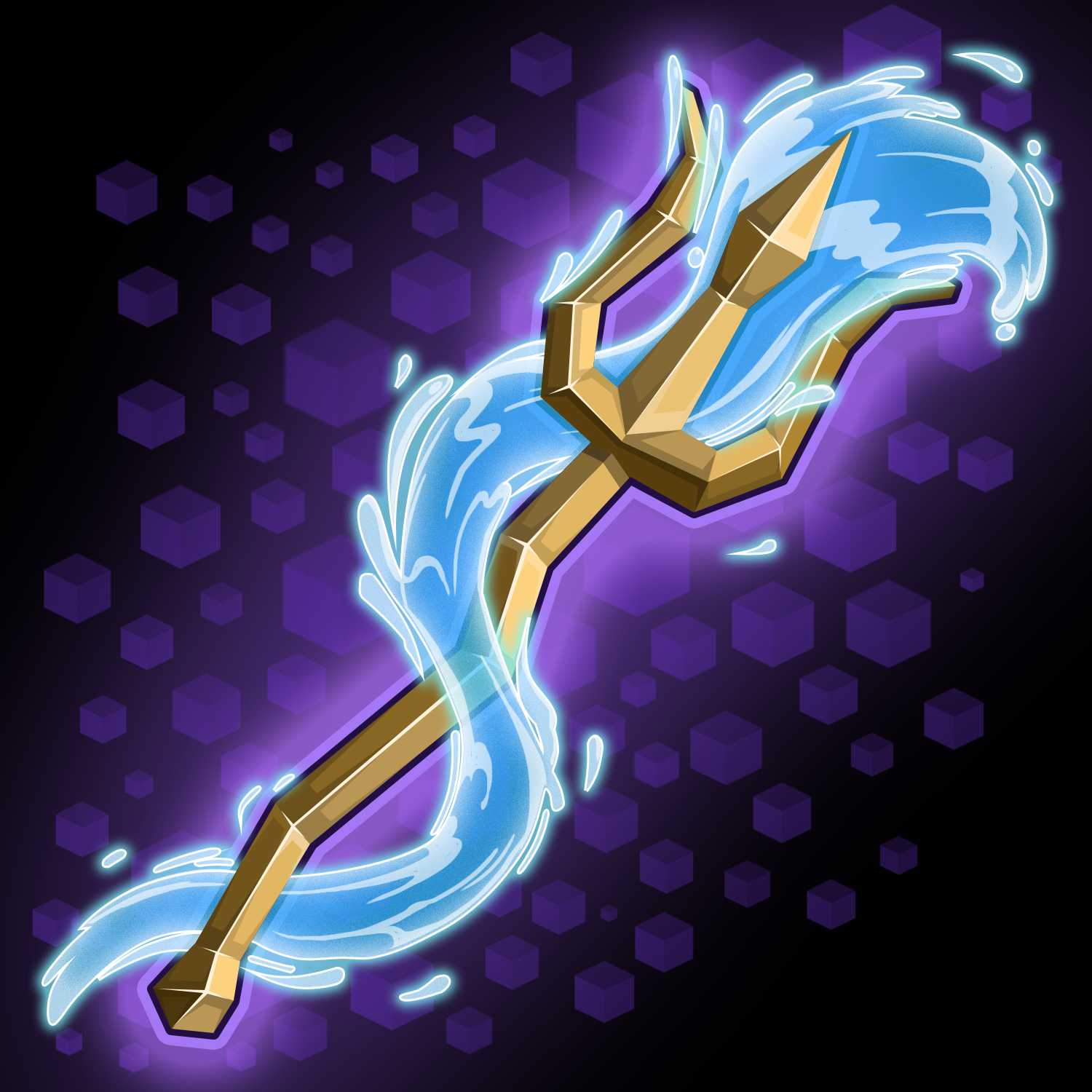 Trident of the Shrouded Sea

The trident had been lost to the depths of the Shrouded Sea for ages…until a plucky little water mage came along and discovered it.

New Hero: Brogue Rowman will only be available in gold chests

New Hero: Hare Raiser will only be available in gold chests

In this update we’ll be adding all the Cosmetics that were exclusive to the March 2nd Portal Lords Event to the Style Chests.

We always want your time invested into Portal Quest to feel worth the effort and we agree with players that some of the modes have fallen behind in this regard when it comes to valuable resources awarded. This update will showcase our revamp of the Daily Sign-In feature. Consider this to be our first step in a larger project of updating rewards given out across the various areas of the game.

The Daily Sign-In revamp introduces a new type of item to the game called Embershards! 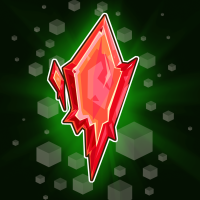 Embershards cannot be stored in your inventory and when claimed, instantly grant players large amounts of Gold and Hero XP based on their Team Level. At early stages of the game Embershards level up frequently but later on they level up at the same Team Levels required for the newest Chapters.

From now on, all Nuggets and Hero XP Vials in the Daily Sign-In rewards will be replaced with Embershards. We’ve also significantly increased the amount of Diamonds and Sign-In Hero shards awarded from signing in every day and VIP players will still be granted double rewards on the same days as before.

We’re very excited to get this new Daily Sign-In out to all players and look forward to hearing your feedback. Make sure to log in every day to get these valuable resources, you won’t want to miss out!

This update is currently planned for Thursday, April 2.

Three new heros in the past 2 weeks

Think that this deserves a cheer!

This is a full client update, so you’ll have to do it manually with the server update.

Where the number changes from 4.1 to 4.2 , it’s a client update.
This will require downtime.

Where it’s a 4.1.A to 4.1.B type change, it’s a server only update.
Usually these incremental updates are pre built into the last client update, so the client does not need to be updated, and the game does not need downtime.

Unless per blue need to tweak a setting, alter a hero or nerf the new guy…

Yes, this means the 4.2 update tomorrow (Edit: Thursday. Learn to read, Mici!) should have all the heroes for the next month in it already…

guess The Aladeen was correct on that Wandering Sword issue huh!

with great sadness I must agree with you

you put the biggest smile on my face today lol

Can we expect the return of the missing HERO ESSENCE with this Update ?

Has anyone else lost hero essence and honor

Can we expect the return of the missing HERO ESSENCE with this Update ?

We are still investigating this and will restore things when we can.

We will need to delay the 4.2 update. We found a critical crash in our final testing that required we submit a new client to the app stores. It is currently waiting on review. We’ll let you know when we’re ready to release!