Welcome to the 4.8-D Portal Quest update! This update features new heroes for all servers! 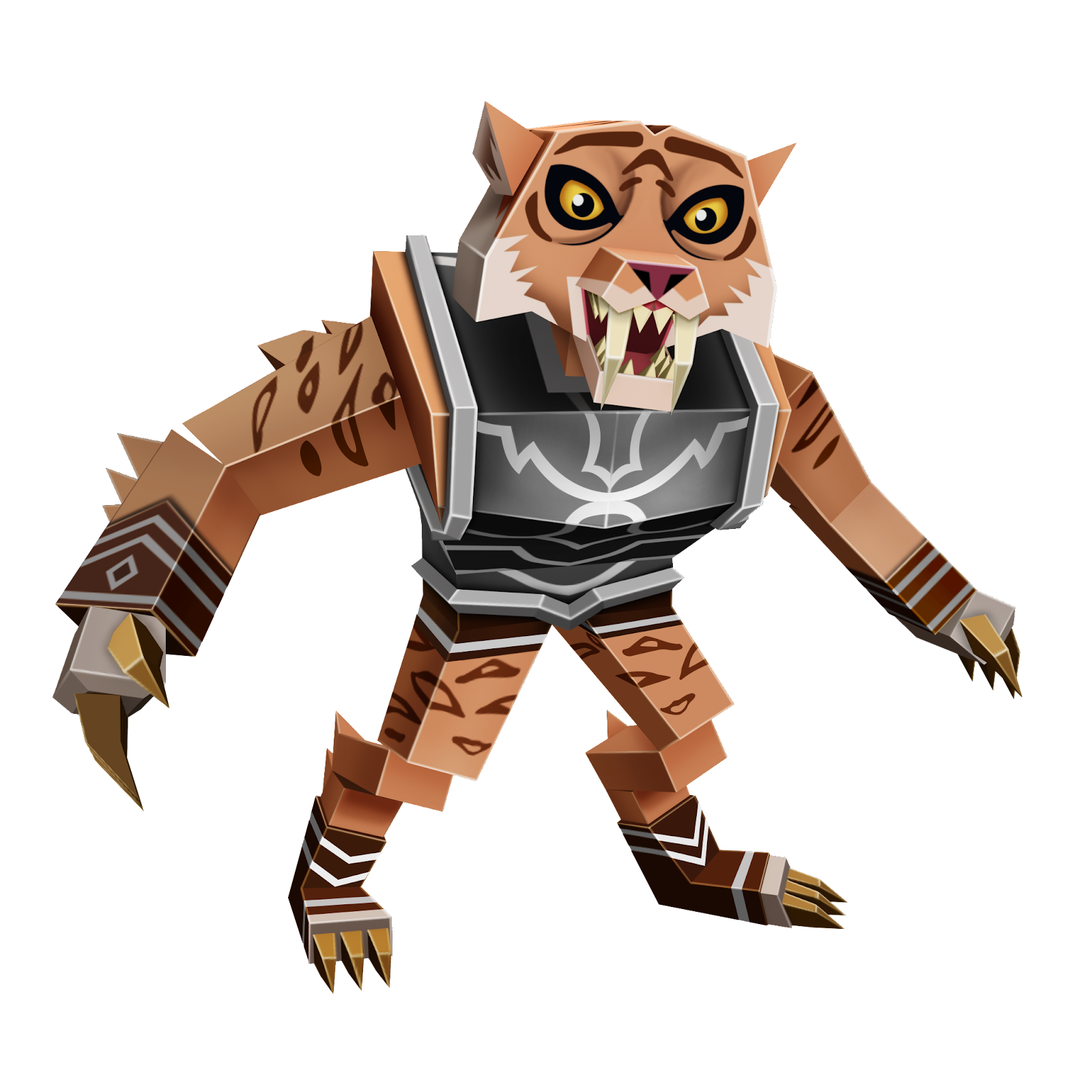 As a cub, Saber Tooth was the runt of the litter. While other runts might have succumbed to being pushed around, Saber fought tooth and claw to make sure he never got left behind. When life gives you small stripes, you gotta get even bigger muscles.

Saber Tooth is a Front-Line Tank Focus Hero who will be available in Gold Chests on Server 1.

Saber Tooth deals damage to all nearby enemies, all enemies hit are also Knocked Back. Saber Tooth Blesses himself and continues to heal for a percent of his Max Health twice a second for the duration.

Saber Tooth deals damage to all nearby enemies and Silences them.

When this Hero reaches 0 health for the first time it begins to Rampage. It regains a percentage of its Max Health and reduces incoming damage by an amount. It also gains the Rage buff and its basic attacks deal bonus damage. This hero will continue to Rampage for the rest of the wave or until it reaches 0 health again, at which point it dies as normal.

Saber Tooth’s great great uncle is depicted on the Tiger family’s royal crest, as a reminder to all of their noble beginnings.

Note: Heroes and Epic Gear will not appear in Shops until they refresh.

New Hero: Saber Tooth will only be available in Gold Chests.

New Hero: Daisy Jones will only be available in Gold Chests.

New Hero: Tubby Traveller will only be available in Gold Chests.

This update will automatically roll over at 5AM on Wednesday, October 14.

Any possibility of the Sparky fix in this update?

The issue with Sparky needs a full app update - this is just a server update.